This used to be BOHO, which looked like some kind of a zany cabaret venue. I never actually went in.

Now, it's a conglomerate of different areas, from pokies and slop-house at the bottom, to trendy bars and a restaurant up top. 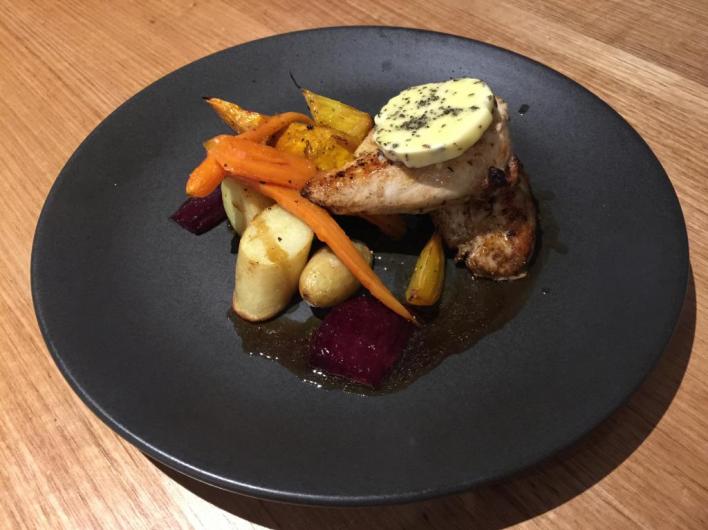 Marinated in oregano and confit garlic.

This chicken clearly buttered itself, as its final act. The butter has a strong oregano taste, but it's a fairly simple taste for the chicken.

I expect sous vide chicken to be super-soft, but this isn't. It's much like regular chicken. They've even browned it a bit on the outside.

The root vegetables are fairly standard, except for the potatoes. A potato is a tuber, not a root!!! It's also fairly bland and el cheapo. 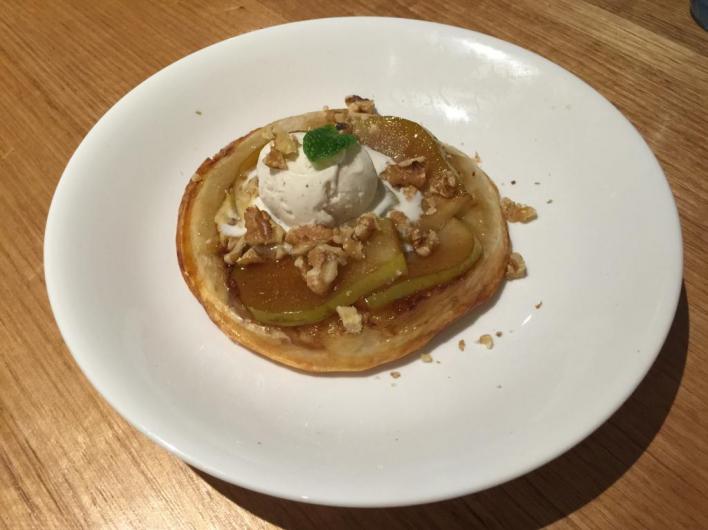 Ah, the nelis pear. Oft have I strode through the groves of the nelis tree, with its green leaves, and bountiful pears. :|

It had better be reasonably similar to non-nelis pears.

I'm also assuming that Tarte Tan is an intentional variant of the usual Tarte Tatin, not a mangling by a spell-checker.

The semi-cooked pear and chunks of walnut here are fairly crude, but the film pastry tarte underneath is nice and sweet.

This place wasn't bad, but it didn't really qualify as a fancy restaurant. I'm just running out of fancy restaurants these days, so I'm prepared to try anything (within reason.)

Time to go downstairs for a fag and a spin o' the pokies.