Going further afield today. Only about 20 restaurants left that are fancy enough and rate highly on Urbanspoon. Just picking off the last few from around the suburbs, then it will be off to a batch at Glenelg.

…and then into the Pantheon of legend! 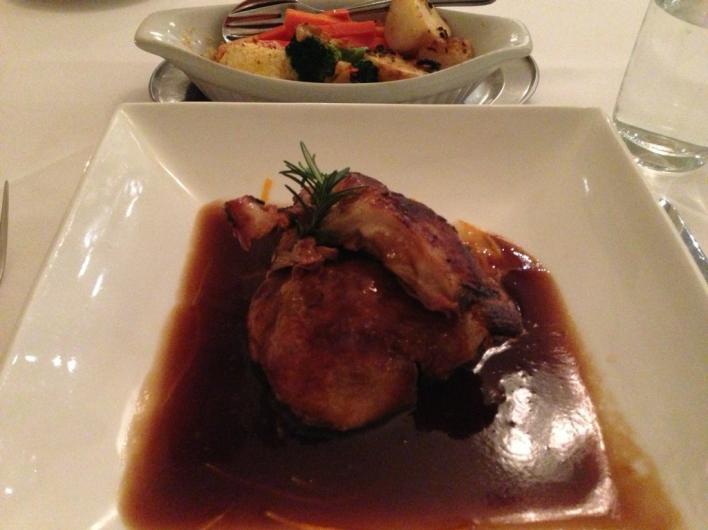 This was essentially just two giant slabs of meat. I’ve had tender, almost jelly-like pan-seared duck before, but this was more like a Sunday roast chicken. I would’ve thought it was chicken if I wasn’t told. It was a bit chewy, and its sauce was just gravy, with the occasional orange zest.

The meal’s two components made it too large, but the side serve of vegetables was one of the best I’ve had. Each vegetable was soft and sweet, and had its own garnish. The various additions of salt, tomato, onions and cheese made these vegies very tasty. 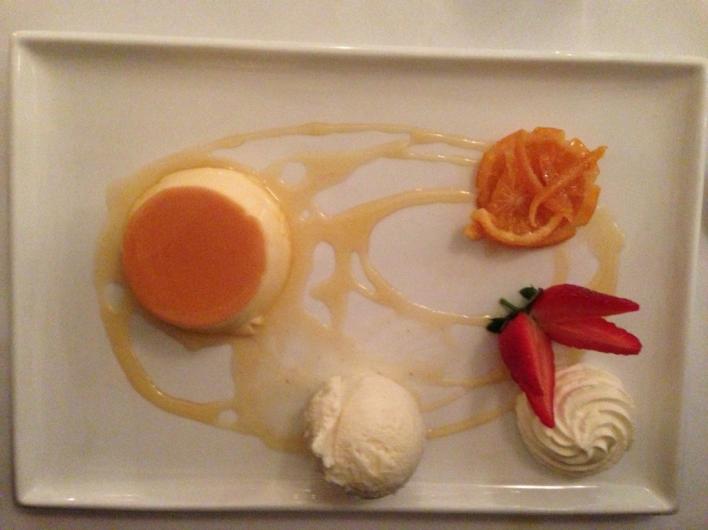 This comes out of the kitchen within about two minutes. As much as I like to be served my feed quickly, pre-prepared food is rarely the best. The egg custard had a strong eggy taste, and broke up into cubes in my mouth. This was some very basic flavour.

The scoop of ice cream also had some unusual taste it was rather nice. I know the flavour now. It’s egg nog. An unusual taste for gelato, but by far the best thing on the plate.

The orange rind has been sweetened, but not quite enough to be eaten on its own. I’m not sure it would go with the “egg noggelato or the “egg cotta”, so I leave it.

The strawberry is sweet, and I devour it with the cream. Good, but irrelevant to the dish.