The Greek on Halifax

This place has recently graduated to Urbanspoon's $$$ category. 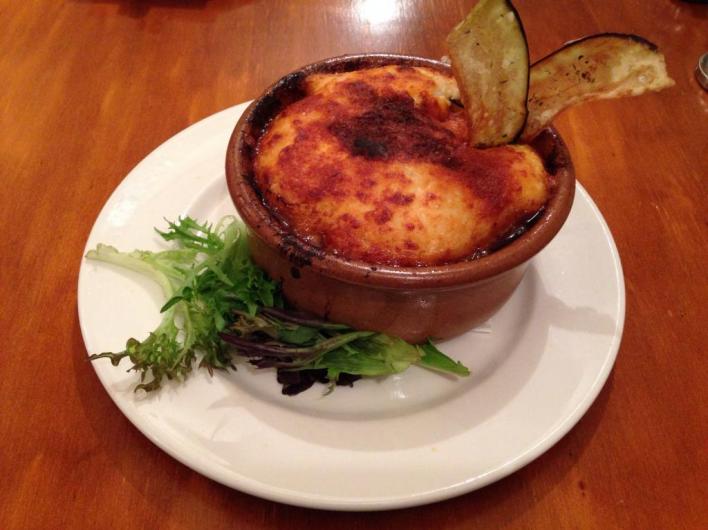 Layers of vegetables, together with a tomato & basil sauce, oven baked with a Greek style white sauce.

Apparently this is the best thing on the menu. I'll keep an open mind, even though I'm fully expecting to give this 6/10. :)

This little cauldron is extremely hot. There's nothing worse than being hungry, and being served super-hot food.

The cheesy top has a nice crisp, and the winy white sauce is stodgy and salty, in a good way.

Part of what makes this taste good is probably its lack if vegetables. There's a bit of potato, and some slices of eggplant, but not a huge amount else. It's just salty white sauce, meat, and potato. I think the sprigs of lettuce are supposed to vector vegetable component here.

The basil is what makes this dish work. It adds a simple but distinct flavour that works with all the other components of the dish.

I won't penalise the dish for it, but it stays hot for way too long, and I'm still having to blow on it right to the end of the meal. 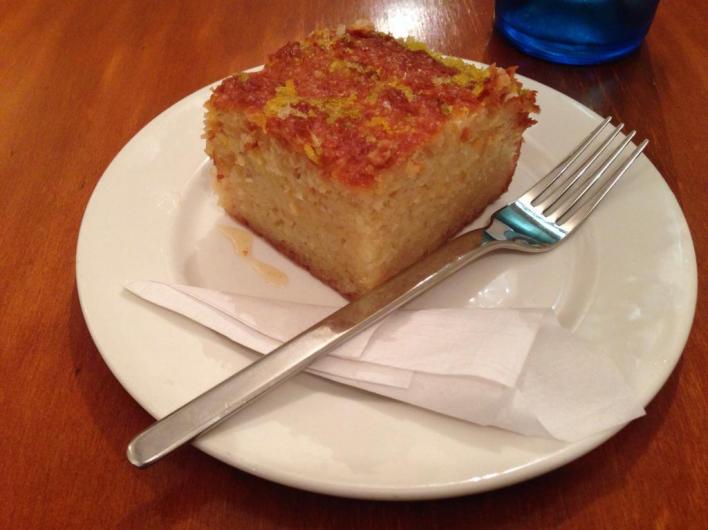 This stodgy cake has a texture like very coarse bread or porridge. It's waterlogged with orange flavour and syrup, which provides a sweet taste, but the orange flavour could be a bit stronger.

This is very heavy, and slightly monotone, so after a number of forkfuls of sweet, wet cake, we part ways.