The Greek on Halifax

Greek food tends to be simple, whereas I'm personally looking for complex tastes, so I'm not much of a fan of Greek food.

However, I've heard that it's ok to smash your plate on the ground if you don't like your food. :) 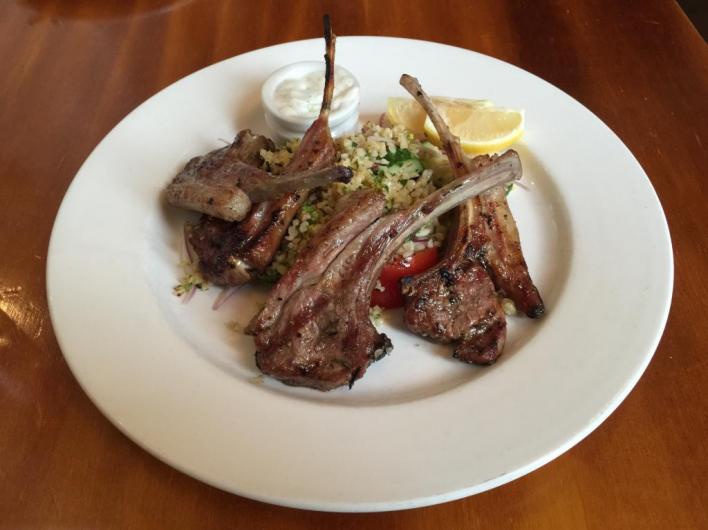 I struggle to taste the marinade in the chops. They taste very close to just regular chops. However, I don't mind chops. When I dip them in the tzatziki, any marinade taste there might have been is completely gone.

The cracked wheat isn't too dissimilar to brown rice. It's just slightly chewier, but is fairly bland, other than an interesting bite added by some red onion.

People on neighbouring table are audibly displeased that this restaurant has no lamb, after they've ordered, and consumed entrees and wine.

"What kind of a Greek restaurant doesn't have yiros? It's unacceptable," says the wife.

Personally, I would have taken the opportunity to have two desserts and no main course. :) Will be interested to see where this goes. In my opinion, this doesn't quite cross the "I deserve free stuff" line.

"Get into that tazeeki, boys," says the father. 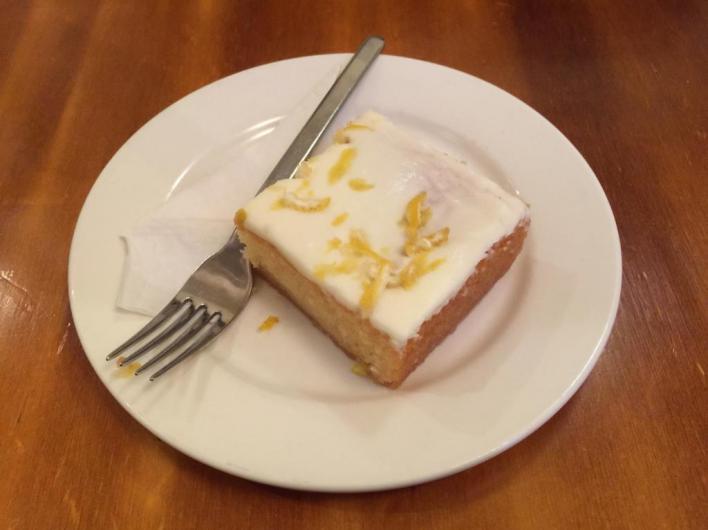 This is moist and has a good caky texture. The syrup and lemon tang add another dynamic to the dish, so it's not just cake.