Was hoping to feed at the Art Gallery tonight, but on arrival, I discovered that it was lunch-only, and these people aren’t open to eating lunch at 8pm.

I opened up the Urbanspoon app, tapped “Nearby”, and found this place.

I’m in the Intercontinental Hotel here. Shiki is the other restaurant here. 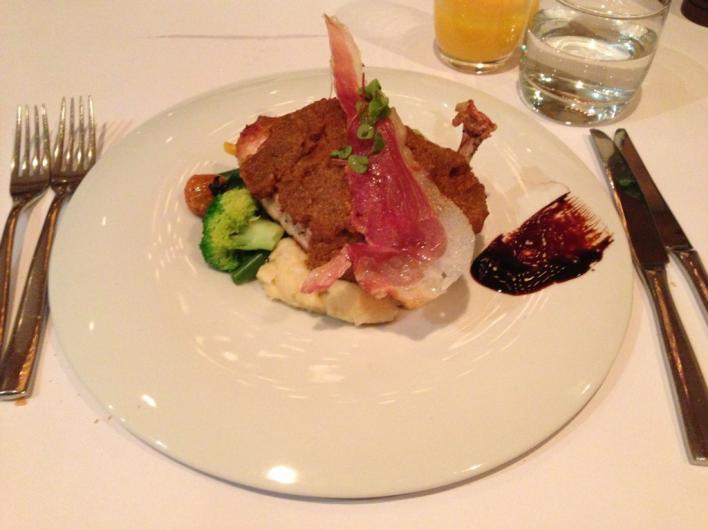 The chicken breast is soft and very juicy, being just slightly pink on the inside, not white and stringy like well-cooked chicken. Its “pesto” is less appetising, and is just a gluggy paste with a faint peanut flavour. The smear of sauce looks and tastes like Marmite, but that’s not necessarily bad here.

The truffle-mash underneath had a distinctive flavour unlike regular mashed potato, but it was still fairly plain… just a different type of plain. The mixed vegetables were all cooked to the point where they were cooked, but maximally crispy (which was a different point for each vegetable.) They were, however, still just unadorned steamed vegetables. The cherry tomatoes were unbelievably sweet. I thought I’d bitten into a little fruit the first time. The slice of prosciutto here was irrelevant.

My strong feeling about this dish is that it was a fairly plain dish cooked expertly. Some people might really like this style, but it’s not for me. 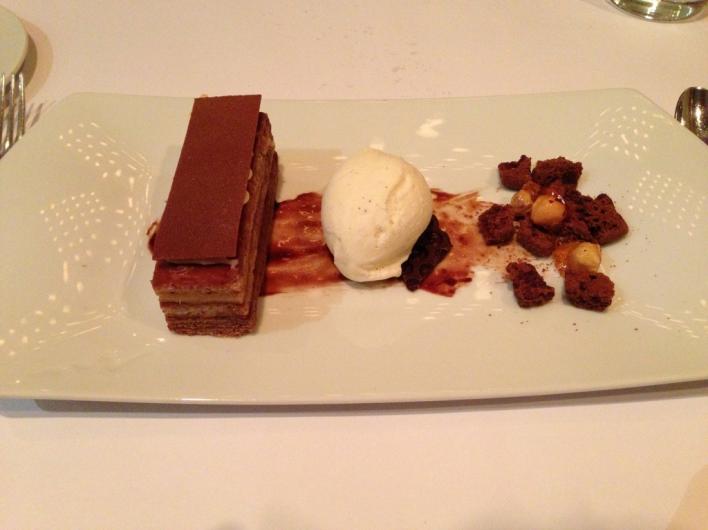 The cake was moist and almost liqueury, and the ice cream had the same strong taste. The bits of brownie and macadamia brittle were a little bit lost, and wanted the attention of the ice cream, which had its own piece of chocolate, and also went well with the cake.